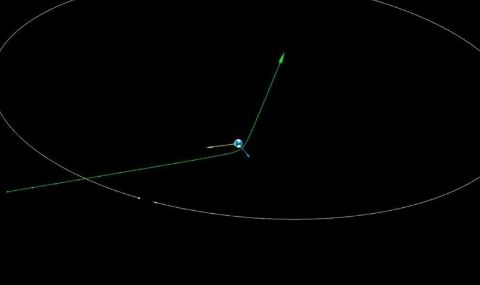 A robotic survey camera, known as ZTF (the Zwicky Transient Facility), captured on August 16, an asteroid that had traveled only 1,830 miles above our planet’s surface.

The asteroid has been dubbed 2020 QG and is the closest discovered asteroid to fly by Earth without hitting the planet. The last known record-holder is 2011 CQ1, spotted by the Catalina Sky Survey in 2011, which passed above our planet approximately 1,550 miles higher than 2020 QG.

Here is what you need to know about asteroid 2020 QG and ZTF’s work.

Asteroid 2020 QG is around 10 to 20 feet across (about the size of an SUV), so it wasn’t that big to make any trouble even if it had been pointed at our planet. It would have probably burned up in the atmosphere. Also, asteroids of this dimension that get close to Earth as much as 2020 QG do occur once a year or less, but many are never spotted.

ZTF’s broad-field of view and quick data processing enables it to spot rare asteroids like 2020 QG that other known telescopes might not find. The robotic survey camera can scan the whole northern sky every three nights in search of erupting stars, supernovas, and other space objects that move or change in the atmosphere.

When space rocks speed across the sky, they leave some kind of traces in the ZTF shots. Every night, machine-learning programs sort through 100,000 photos automatically in search of those traces. Then, they decide which are the best asteroid candidates to be followed up by astronomers. Such a thing results in approximately 1,000 pictures that astronomers and students sort daily.

“This latest find really demonstrates that ZTF can be used to locate objects very close to Earth that are on potentially impacting trajectories,” stated Bryce Bolin, a postdoctoral scholar in astronomy at Caltech and member of the ZTF team. We should expect more fantastic results from ZTF in the near future.