You Are Here Home Medicine A dressing that treats wounds faster

Dressings created by American and Canadian scientists can close wounds more quickly and increase the rate of healing.

It relies on thermosensitive hydrogels that prevent bacterial growth in cuts, scrapes, blisters and other skin injuries.

This technology can be used not only for skin lesions, but also for chronic wounds such as diabetic ulcers and bed sores.

David Mooney, Professor at the Wyss Institute at Harvard University

Until recently most lesions in the epidermis were treated with an adhesive bandage that preserves moisture, relieves pain and reduces exposure to microbes. But these dressings do not actively contribute to healing.

In recent years, however, more advanced dressings allow healing by releasing drugs at a specific location.

These dressings remain expensive and difficult to adapt, which limits their use on a large scale.

The AAP are inspired embryos, whose skin has the self-healing property, without forming scar tissue.

Embryonic skin cells around a wound produce filaments composed of actin protein, which contract to bring the edges of the wound closer together.

However, during development, skin cells lose this property. Subsequent lesions result in inflammation and scar tissue formation during the healing process.

To successfully replicate the contraction forces that allow embryonic skin lesions to close, the researchers created strong adhesive hydrogels by adding a hydrophobic, heat-shrinkable polymer shrinkable at about 32.2 ° C.

Thus, when exposed to body temperature, this hydrogel contracts and transmits the energy of the contractive polymer to the tissues through strong bonds between them.

Silver nanoparticles are incorporated into the PAA to provide protection against microbes.

PAA binds to porcine skin tissues with a strength of adhesion more than 10 times that of a Band-Aid, while preventing bacterial growth.

“So, this technology is already much better than most common wound care products, even without considering its wound closure properties,” says Freedman. .

The AAP also help close wounds faster than other treatments. In addition, it does not cause inflammation.

The researchers are now hoping to conduct further preclinical studies to show the potential of PAA .

The details of this breakthrough are described in the journal Science Advance. 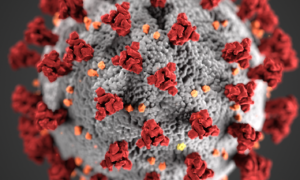 How to Make Elderberry Tincture to Use for Cold, Flu and Viral Infections

Honey is More Efficient Than Medication for Curing Respiratory Symptoms