A rich trove of fossils found in Colorado offers valuable information about how animals and plants evolved after the extinction of dinosaurs.

The specimens allow researchers to survey what happened in the course of a million years, a period which is quite short if we take into account the age of our planet. A giant asteroid crashed into Earth sixty-six million years ago, in an area that is currently known as the Yucatan Peninsula, located in the southeast of Mexico.

In the aftermath of the crash, waves of heat and dangerous gases were released, bringing an artificial eclipse which lasted for months and killing animals and plants. It is estimated that more than 75% of the species found on Earth died.

Life managed to withstand the hostile conditions, and land mammals started to grow into a wide variety of forms and sizes which can be found today. The new data will play an important role in the understanding of how modern animals surfaced after the apex predators were found.

The fossils were collected from an area of steep bluffs that cover a distance of 10 square miles in the proximity of Colorado Springs. Researchers found fossils in the area during a standard scanning procedure.

A surprise discovery was made when one of the researchers decided to look after rocks that tend to form around bones. Upon breaking the rocks the researchers found skulls and other fossils locked within the rocky layers.

The new data was well-received among the scientific community, and many researchers believe that it will play an important role in the case of future research. Scientists are fascinated by the generous number of fossils and the impressive quality of their preservation.

Data collected from the fossils are significant for evolution of plants and animals in North America. The paper was published in a scientific study. 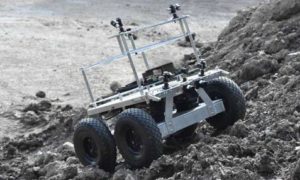