A team of researchers has discovered a new type of liver disease, which is caused by alcohol-producing bacteria which live in the gut. The discovery took place by accident, but it could play an essential role in the future.

The team of researchers was focused on helping a patient affected by severe fatty liver, medical problems which lead to the accumulation of fat tissues within the organ.

In most cases, alcoholism or heavy drinking are the primary issues which led to the appearance of fatty liver, but many patients develop the non-alcoholic fatty liver disease (NAFLD).

In the case of the patient, the disease was quite aggressive as the liver was already severely inflamed. This version of NAFLD is classified in the medical field as nonalcoholic steatohepatitis (or NASH), and it can lead to permanent liver harm and the development of liver cancer.

Upon performing in-depth tests, the researchers discovered that the blood alcohol level present in the body of the patient was beyond that of regular intoxication, reaching a height which could make it fatal.

The patient stated that they don’t drink regularly. It appeared that the patient was affected by a rare affliction known as the auto-brewery syndrome. The gut of people affected by this syndrome will produce large amounts of alcohol by breaking down or fermenting foods which are rich in starch.

Only a few cases have been documented, but the condition has been tied to the spread of select yeast within the gut. According to the lead doctor, the problem was caused by bacteria, as the antifungal treatment administered to the patient offered no results.

A few specific strains of Klebsiella pneumonia were isolated and linked with the endo-alcohol production. Tests on mice proved that the strains in question were, in fact, able to cause NAFLD. Additional research has shown that over 60% of the patients affected by NAFLD seem to feature the same strains of bacteria. The study was published in a scientific journal. 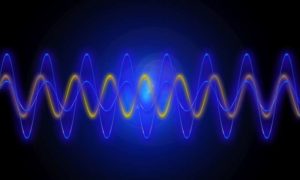