You Are Here Home News Asteroid Warning: NASA Identified a Rock Which Will Pass Earth at 23,400mph 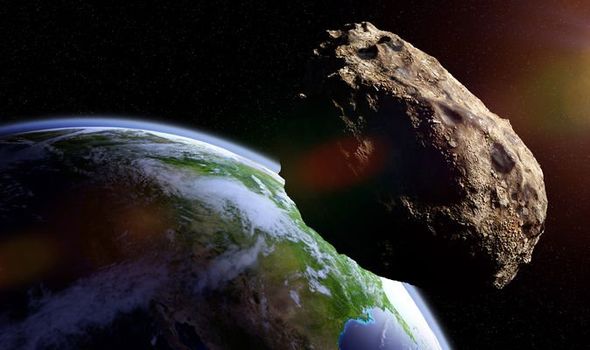 NASA succeeded in identifying an asteroid that has an incredible speed of 23,400mph. It will also come very close to Earth. The asteroid was named Asteroid 2018 FK5, and it will supposedly fly on an “Earth Close Approach.” NASA approximates later on Tuesday, October 1 for the Asteroid to get close to Earth and it will reach almost 10,48km.

How NASA Explains the Phenomenon and Which are its Predictions?

Asteroid 2018 FK5 was noticed for the first time on March 28, last year. The space agency started its mission to calculate the asteroid’s dimension, speed, and trajectory according to a sum of 33 observations cumulated and reported. Also, the object was classified as a NEO, meaning it is a Near-Earth Object. Such NEOs represent comets and asteroids from the core of the solar system, ones that get very close to Earth. NASA stated that “As they orbit the Sun, Near-Earth Objects can occasionally approach close to Earth. […]: millions or even tens of millions of kilometers.” The space agency approximated Asteroid 2018 FK5’s dimension at 19ft to 42ft, comparing its upper part to a Brachiosaurus dinosaur. Its lower end was described as the size of a giraffe, meaning that even it is so small, the damages would be horrendous. The asteroid would burn up before striking the ground.

Even is its known trajectory, estimated speed, and its speeding approach, Asteroid 2018 FK5 won’t come close enough to hit Earth. NASA explains how the object will pass us by from a distance of 0,03405 AU (astronomical units) or 16 million miles.

NASA, also explains how NEOs of various dimensions cross our planet’s orbit, and sometimes they succeed in hitting the planet head-on.