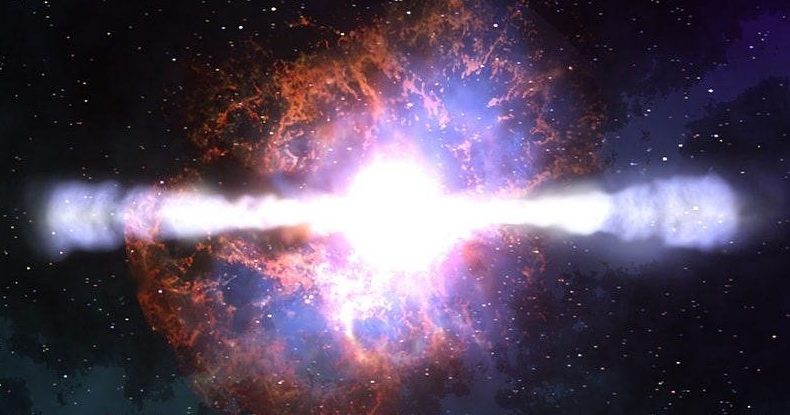 Astronomers have just labeled a massive space explosion first observed in 2018. The event was so bright it was believed to have originated much closer to Earth than it was ultimately discovered. Thanks to two more findings, the blow-off has now been found to belong to a completely new class of massive space explosions.

These bursts of energy are incredibly powerful and extremely fast, discharging massive amounts of matter into space at insane velocities. Astronomers have named the new type Fast Blue Optical Transients, or FBOTs.

The event that took place in 2018 was named ‘the Cow’ or AT2018cow and was eventually found to originate from a galaxy 200 million light-years away, which was unexpected considering its extremely bright appearance. Since then, it has been overpowered by two bigger explosions of the same type, bringing the total known FBOTs to three.

The two new ones were discovered hidden in archival data from visible-light all-sky observations and were further analyzed. They are known as ‘the Koala’ or ZTF18abvkwla – which was spotted in data from 2018 observations in a galaxy 3.4 billion light-years away – and ‘CSS161010,’ or CRTS-CSS161010 J045834-081803 – discovered in 2016 data from a galaxy 500 million light-years away. Two new papers describing these bursts were recently published online.

Astronomer Anna Ho of Caltech, who led the Koala research, said: “When I reduced the data, I thought I made a mistake. “The ‘Koala’ resembled the ‘Cow’ but the radio emission was ten times brighter – as bright as a gamma-ray burst!”

CSS161010 was reportedly even more puzzling as the follow-up analyses, and X-ray wavelengths unveiled that the object discharged massive amounts of stellar material into space at an impressive 55 percent of the speed of light.

“This was unexpected,” said astronomer Deanne Coppejans of Northwestern University, who led the study on CSS161010, “and is apparently a master of understatement. We know of energetic stellar explosions that can eject material at almost the speed of light, specifically gamma-ray bursts, but they only launch a small amount of mass – about one-millionth the mass of the Sun. CSS161010 launched 1 to 10 percent the mass of the Sun to relativistic speeds – evidence that this is a new class of transient!”

The three explosions have some similarities: they look like supernova bursts, but they ignite and fade again extremely quickly, unlike supernovas. They are also stunningly hot, which gives them a bluer nuance. Because their lifespan is so short, it is difficult to find what causes them. In January 1029, astronomers figured the Cow must be either a black hole consuming a white dwarf or an unusual type of core-collapse supernova leading to the creation of a neutron star or a black hole.

For now, neither of those scenarios can be ruled out, but the experts believe the explosion is likely a very rare sort of supernova.

The next step in the analysis will be to study more data in order to potentially detect more such bright bursts, which previously may have been considered glitches. This could help scientists narrow down even farther the possible scenario behind these explosions. Still, one thing is clear: whatever the phenomena is, it is unusual and wild.

“We thought we knew what produced the fastest outflows in nature,” said astronomer Raffaella Margutt of Northwestern University. “We thought there were only two ways to produce them – by collapsing a massive star with a gamma-ray burst or two neutron stars merging. We thought that was it. With this study, we are introducing a third way to launch these outflows. There is a new beast out there, and it’s able to produce the same energetic phenomenon.”