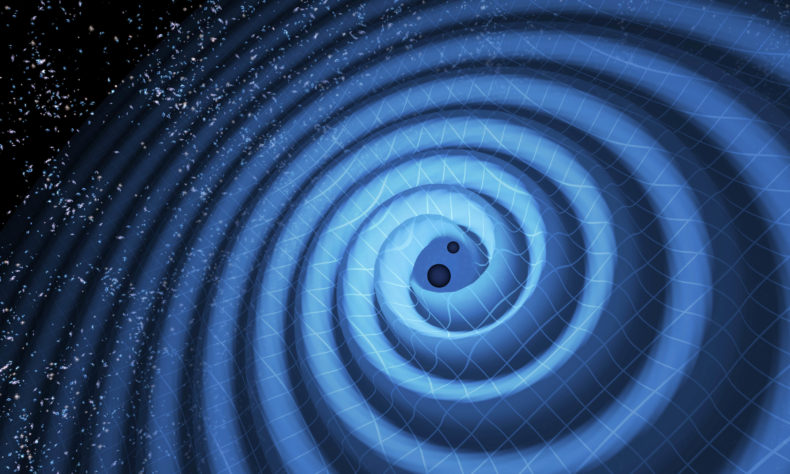 As decades past, astronomers are more confident that black holes are indeed the most mysterious and weird cosmic objects in the Universe. For many years physicists and other scientists are wondering how could a black hole defy the laws of nature at such an unprecedented level – stopping time itself, engulfing even light with the unfathomable gravity, and so on.

But just like in astronomy in general, there’s room for things to become even weirder for black holes. According to new research led by Juan Calderón Bustillo of the ARC Centre of Excellence for Gravitational Wave Discovery, and published in the journal Nature Communications Physics, black holes make a ‘chirp’ sound when they merge.

If you were preparing to ask ‘what’s the relevance of a lousy sound?’, think again! Lead author Juan Calderón Bustillo declares:

“When we observed black holes from their equator, we found that the final black hole emits a more complex signal, with a pitch that goes up and down a few times before it dies,”

Directly observing a black hole is close to impossible, as these cosmic structures generally don’t emit any light at all. But by learning to decode the chirp sounds, scientists could find out how some black holes look like.

Astrophysicist Christopher Evans from the Georgia Institute of Technology said:

“We discovered that these signals are far more rich and complex than commonly thought,”

He adds, “allowing us to learn more about the vastly changing shape of the final black hole.”

Learning new things about black holes is practically mandatory, as not few scientists are suspecting that these peculiar structures could even lead to other dimensions or Universes once something gets sucked in. However, we don’t recommend anyone to jump into a black hole to find out for sure, as the risks are huge.