Due to the Montreal Protocol, the damages made by artificial CFCs are half recovered. This makes the protocol signed in 1987 the most successful piece of environmental legislation in history.
Last October, NASA said that the hole in the ozone layer was the smallest it had been since its discovery. Scientists estimate that by the end od 2050, the hole in the ozone layer will be fully recovered if continued with the protocol.

What are CFCs, and how did they harm the environment?

CFCs are chlorofluorocarbons, wholly or partly halogenated paraffin hydrocarbons that contain only carbon, hydrogen, chlorine, and fluorine, produced as volatile derivatives of methane, ethane, and propane gases. They are considered to be ozone-depleting substances (OCD).

Developed in the 1920s and 30s, CFCs are commonly known as Freon, are their most common use was as refrigerants. But they were also blowing agents, propellants in medicinal applications, and degreasing solvents since the 20s atmospheric concentrations of these chemicals have been climbing.

In the 1980s, a hole was discovered in the ozone layer over Antarctica, and there was no doubt for the scientists that OCDs were to blame. CFCs enter the atmosphere, releasing chlorine atoms that broke down ozone.

Ozone is a pale blue gas and has a pungent smell. It is formed by the action of ultraviolet light and electrical discharges within the Earth’s atmosphere. Its highest concentration is in the stratosphere, and it absorbs most of the Sun’s ultraviolet radiation. This makes ozone an essential preserver of life on Earth.

Global warming seems to accelerate due to the CFC pollution

From 1955 to 2005, a third of global warming was caused by the use of the chemicals because they act as powerful greenhouse gases. Scientists made simulations, and the answer they came up with is that half of Arctic warming and sea ice loss happen because of CFCs’ use.

That means the Montreal Protocol, by phasing out the OCD production, saved not only the ozone. It also stopped the global temperature to increase with another 2 degrees Celsius by the 1970s. 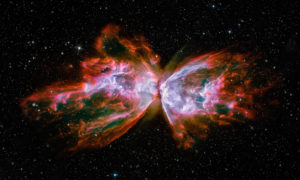 Breathtaking Supernova – Dying Star Exploded In The Shape Of A Butterfly 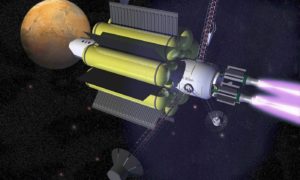 Global Warming Will Soon Kill Another Species, The Antechinus