You Are Here Home Health Coronavirus News: U.S. Gets Closer To Peak Death Rate – NYC Confirms More Cases Than Any Other Country

CNN just revealed that the NYC governor signed an order to bring in more funeral directors as the number of coronavirus cases in the state has outpaced all the countries except for the US.

The executive order coming from the gov. Andrew Cuomo will be making it easier for licensed funeral directors from other states to practice in New York.

More than half of the people who died from the novel coronavirus are in New York, according to official data.

CNN revealed that the US is set to reach its highest daily number of deaths around/on this next Sunday, according to the models used by the important institute for Health Metrics and Evaluation at the University of Washington in Seattle.

“It estimated that 60,415 in the US would die of coronavirus by August, assuming social distancing policies continue through May. That projection is down from the 82,000 it predicted earlier this week,” CNN reported.

Even if the model lowered its nationwide numbers, it also issued differences by region and state. For instance, New York saw an increase in the total projected deaths.

The New York City’s office of Chief Medical Examiner just issued a memo that extends the time a body is kept in custody to 14 days.

Queens funeral director Patrick Kearns stated that this move help with the influx of victims.

Social distancing seems to be working

Officials say that the social distancing measures seem to be working and Dr. Anthony Fauci, the director of the National Institute of Allergy and Infectious Diseases, agrees.

“At the same time as we’re seeing the increase in deaths, we’re seeing a rather dramatic decrease in the need for hospitalizations,” Fauci said.

He continued and explained “That means that what we are doing is working and therefore we need to continue to do it.” 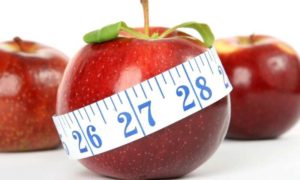