You Are Here Home Science Doomsday Asteroid Is “Only A Matter Of Time”, Astrophysicist Tells BBC 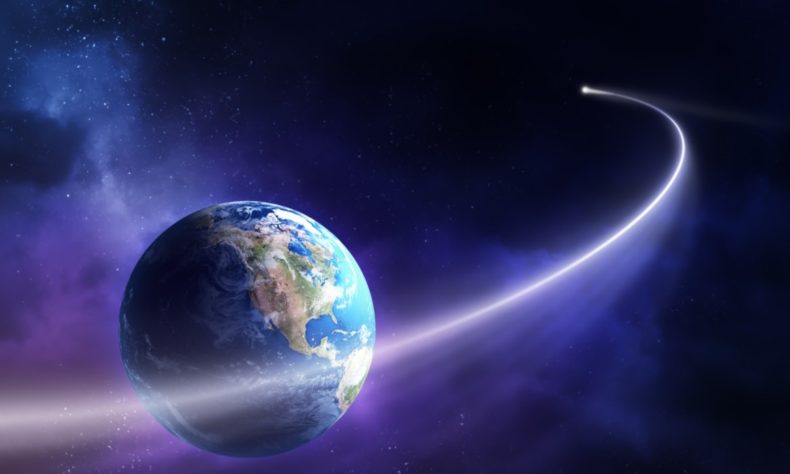 A few days ago, a 75-foot asteroid raced past Earth. The asteroid has been identified by NASA’s Center for Near-Earth Object Studies (CNEOS) as 2019 WH4.

An apocalyptic asteroid that could wipe out life on Earth is just a matter of time, says a top scientist, as reported by Fox News.

Professor Alan Fitzsimmons said that humanity doesn’t have any defense against such an impact, which could very ell threaten life on Earth.

Protective measures should be taken

The astrophysicist spoke to BBC and warned that the planet is at risk of a deadly disaster if protective measures are not taken.

“We will get a serious asteroid impact sometime,” he said and continued: “It may not be in our lifetime, but mother nature controls when that will happen. We will need to do something about it. We’ll need to move that asteroid, so it misses us and doesn’t hit us.”

Astronomers are currently keeping track of about 2,000 asteroids, comets, and more objects that could represent a threat to Earth. It’s been also reported that new objects of this kind are found almost on a daily basis.

Our beloved planet has not seen a devastating impact from an asteroid since the one that wiped out the dinosaurs 66 million years ago.

Smaller objects, on the other hand, are crashing into Earth. Fox News mentioned the object that measured a few hundred meters across that devastated 800 square miles of forest near Tunguska in Siberia on June 30, 1908.

NASA kills the panic and reveals that they are not aware of any celestial object that is currently on a collision course with our planet.

They say that this probability is really small, so you really don’t have to worry about such a thing, at least not in our lifetime.