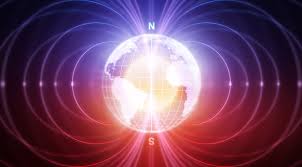 Earth’s magnetic field is helping generate the Aurora Borealis. During the past years, a magnetic tug-o-war pulled the magnetic north pole towards Russia.

It’s become clearer that the magnetic north pole of Earth has been moving towards Russia at a fast rate.

Now, according to the latest reports, a team of experts says that they have identified the forces that are causing this shift. The shift has implications for the daily navigation and mapping systems as well, among other issues.

The magnetic field of Earth is governed by the flow of materials that are in our planet’s core and it seems that the two competing magnetic blobs along the outer core are pulling at the magnetic North pole.

According to the reports, one of the magnetized patches is beneath Canada and the other one is under Siberia. During the past decades, the Siberian path began to overpower the opponent in a pretty significant way.

The magnetic pole migrated towards Russia

This resulted in the magnetic pole migrating towards Russia really quickly.

“This change in the pattern of flow has weakened the patch under Canada and ever so slightly increased the strength of the patch under Siberia,” according to Dr. Phil Livermore.

“This is why the North Pole has left its historic position over the Canadian Arctic and crossed over the International Date Line. Northern Russia is winning the ‘tug of war’, if you like,” Dr. Philip Livermore of the University of Leeds in the UK told BBC News.

It’s also interesting to note the fact that at the turn of the 20th century,k the magnetic North Pole was in the Canadian Arctic. The next century was spent moving about ten degrees to the North – this means that it moved closer to where the true North Pole is.

Also, around 2001, the movements began to accelerate and by the year 2019, the magnetic north moved all the way north and began traveling south on the other side of the globe towards Siberia.