You Are Here Home News First Of A Kind Discovery – Astronomers Found A Giant Planet Orbiting A Dead Star! 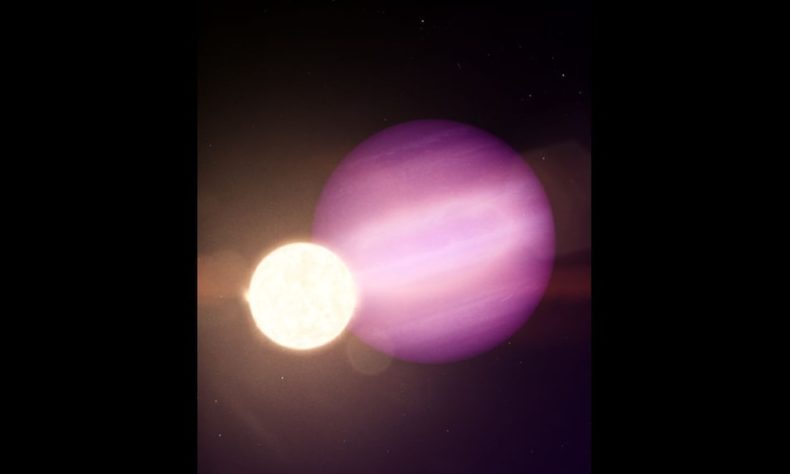 The white dwarf known as WD 1856 shows a depressive glimpse of what will happen to our solar system at some point.

Approximately 80 light-years away from our planet sits WD 1856, the dead star that ended most of its activity about six billion years ago.

The slow death is particularly intriguing.

In the process of dying, some stars expand enormously and become red giants, like Betelgeuse, and engulfing any object nearby.

Finally, they use all of the remaining fuel to collapse into white dwarfs, after destroying everything in their path.

For the first time, astronomers observed a giant planet, approximately the size of Jupiter, orbiting a dead star.

It is known as WD 1856b, and it’s a fantastic find – Somehow, it avoided being destructed and it is solid proof that dead stars ca still host planets with adequate living conditions.

The study was posted in the journal Nature on Wednesday.

It used data from NASA’s TESS satellite and a set of Earth telescopes to examine the dead star for exoplanets.

TESS analyzes stars for small dips in brightness (marks of planets) and first observed the planet in July 2019.

A massive reduction in brightness was detected when the scientists took a closer look at WD 1856.

The discovery is significant. It might be proof that there is a chance for Earth to thrive even after our sun dies.

However, that is quite rare.

White dwarfs are small in contrast to the former stars they were. WD 1856 is now only 40% larger than Earth.

First Of A Kind Discovery