First detected in September 2018 by the Canadian Hydrogen Intensity Mapping Experiment (CHIME) radio telescope, some peculiar bursts were creating ripples whose effects were seen on Earth. These oddities were found to be radio bursts that came from a galaxy located about 500 million light-years from us. It was the first time researchers managed to find the origin of these bursts.

The discovery founded numerous theories regarding alien civilizations and signals from other worlds. Fast radio bursts (FRBs) are no longer a new concept now. The first one was identified in 2007, with about 110 FRBs more observed since then. Most of them are isolated, with just ten of them found to be repeating at certain intervals of time. However, as much as researchers try, they cannot always find what exactly these FRBs are.

What Exactly Triggers These FRBs​?

No FRB has been as outstanding as the latest one dubbed FRB 180916.J0158+65​. Besides repeating in cycles of 16 days at the exact same time, and helping researchers identify its host galaxy, the newly detected FRB hits our planet for a millisecond once or twice every hour for four days and then disappears for 12 days. From September 2018 to October 2019, CHIME researchers managed to observe 28 such cycles.

Shriharsh Tendulkar, a postdoctoral scientist from the department of physics, at McGill University, Canada, and one of the experts studying FRB 180916.J0158+65 said that the signal keeps coming to this day. He did not detail much but admitted that they do not know what trigger the signals.

Initially, it was theorized that the collision between black holes or neutron stars might be the culprit, but the fact that the keep repeating annihilated the concept.

“It is most likely that FRBs are the bright analogs of pulsars, which are spinning neutron stars with strong magnetic fields,” Abraham Loeb from the department of astronomy at Harvard University, said.

A source could also be very young neutron stars that have extremely powerful magnetic fields, known as magnetars, or they could also have a variety of source types, still not found. The reason behind the regularity of the FRBs could also be different. The cycle pattern of the latest discovered FRB suggests that something in orbit could be the trigger, as per Seth Shostak, an astronomer from the Search for Extraterrestrial Intelligence (SETI), a non-profit research institute.

“Maybe some exotic star encircling a black hole, or the reverse,” he added.

According to Loeb, the periodicity could be happening because the FRB’s origin is a binary star system, with one of them blocking the radio wave from the other. It

Could it be Alien Signals?

How can researchers study these FRBs​ when they do not know their origins?

According to Shostak, these radio bursts are an incredibly inefficient way to communicate due to the fact that it is impossible to store that much data in such as a short beam. If an alien civilization would try to contact us, they would likely use a more informative method of communication.

Shostak also said that FRBs​ whose locations were detected came from places all over the Universe, separated by billions of light-years.

“That means any alien memo instructing others to make the same type of short transmissions to the cosmos would arrive billions of years apart. A coordinated response seems unlikely,” he explained.

However, Loeb disagrees with Shostak, believing that the signal might not be intentional, but that doesn’t cut the possibility of its origin being an alien civilization. The issue, though, is not cooperation, because powerful signals are not always used for communication. An advanced civilization could produce a strong beam of light when launching cargos as well. In this case, we would detect that leak of radiation, Loeb stated.

In spite of the divergent opinions, researchers agree that the discovery is huge. Until they get to understand what these FRBs​ are and where they come from, no option can really be ruled out. 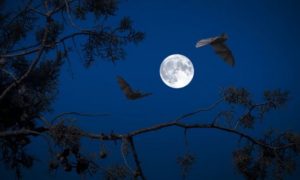 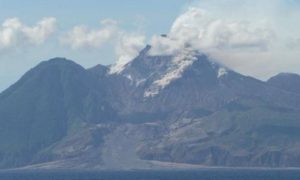