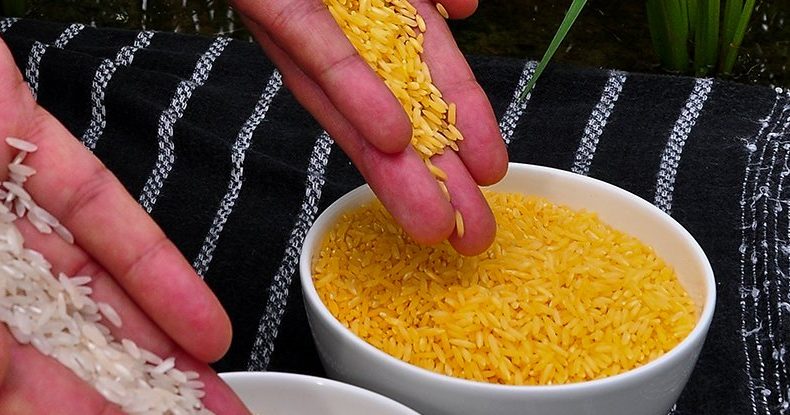 Government bureaucracy of a genetically modified type of rice ​has allegedly led to outrageous deaths and blindness of impecunious children. Science writer Ed Regis explains the quandary of Golden Rice in a newly released book.

Golden Rice was genetically modified to contain beta-carotene​, a chemical that our bodies can utilize to generate vitamin A. Shortage of this vitamin can lead to preventable childhood blindness worldwide​, with approximately 500,000 children​ becoming blind every year.

Deficiency in vitamin A can multiply the risk of death from childhood diseases and infections as well. According to the World Health Organization (WHO), the issue is widespread in over half of all the world’s countries, more so in Africa and South-East Asia.

Supplements can help immensely in dealing with reducing the problem, but this particular food fortification is one way of addressing the issue in the long term.

Golden Rice was created with this exact aim. Even though the product has been developed since the start of the century, it has yet to reach the people who need it most. In his book, Golden Rice: The Imperiled Birth of a GMO Superfood​, Regis explains that authorities are mainly to blame. Vocal opposition against the introduction of the yellow-colored rice and genetically modified (GM) crops in general, is perhaps also one of the main contributors.

While there is numerous research controversy around Golden Rice, Regis claims that such regulations as the Cartagena Protocol on Biosafety​ are unnecessary. This international treaty was put into function in 2003 and makes it challenging for GM products to be established worldwide.

We can all agree that health should be a priority in all times, Regis claims that arguably life-saving impacts of Golden Rice are worth relaxing the regulations a little.

“In Bangladesh, China, India and elsewhere in Asia, many children subsist on a few bowls of rice a day and almost nothing else,” writes Regis in his book. “For them, a daily supply of Golden Rice could now bring the gift of life and sight.”

A Battle of Health and GM Products

In 2016, a number of Nobel Laureates condemned the regulations imposed over GM products such as Golden Rice. Then, in 2018, a review of some studies claimed that foods like Golden Rice deserve a chance to be cultivated, as it could potentially improve diets in impoverished regions of the world.

The yellow-colored GM rice is at the moment only approved in four countries, namely in the U.S., Canada, Australia, and New Zealand. Many GMO-activists hope to get approval to cultivate it in Bangladesh and the Philippines before the end of 2019, where is allegedly more promptly needed.

As the genetically modified product ends up being in people’s diets, it is possible it will have the positive impacts the GM-activists and developers aimed for. If that will be the case, some of the slur surrounding GM foods and the obstructions that don’t allow their wider use may fade away.

However, according to Ed Regis, it is certain that the deaths of innocent children have been a tragedy.

“The effects of withholding, delaying or retarding Golden Rice development through overcautious regulation has imposed unconscionable costs in terms of years of sight and lives lost,” writes Regis.