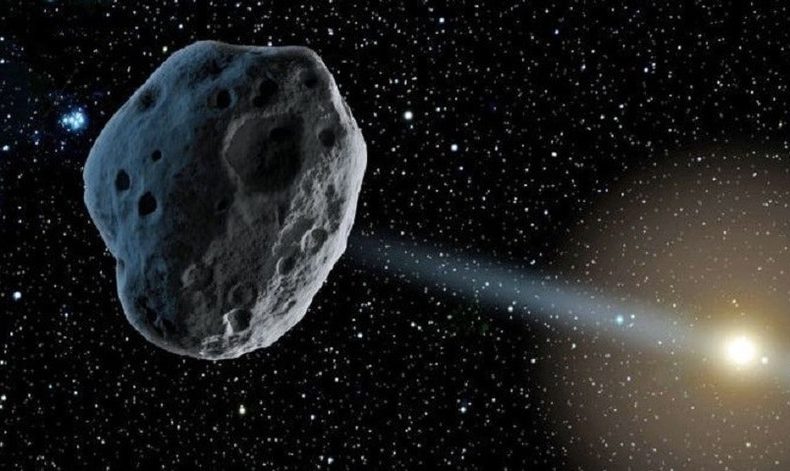 Back in the summer of 2019, a team of astronomers from NASA, ESA, and the International Scientific Optical Network (ISON) revealed the comet 2I/Borisov.

The celestial object was the only second interstellar visitor that has been observed passing through our Solar System, coming on the heels of the mysterious ‘Oumuamua.

Because of this, astronomers from all over the world watched this comet as it was making its closest pass to the Sun.

A group pf astronomers which was led by Martin Cordiner and Stefanie Milam at NASA observed the comet by using the ESO’s Atacama Large Millimeter/submillimeter Array (ALMA) in the Chilean Andes.

Observing the gasses that the comet was releasing

This gave experts the chance to observe the gases that the comet was releasing as it was moving closer to our Sun.

As a result, this provided the first-ever chemical composition readings of an interstellar object as Universe Today notes.

It’s been also revealed that astronomers are interested in the study of comets because they are material that’s leftover from the formation of the Solar System.

More than that, they are spending their whole lives at a really large distance from the stars and in really cold environments.

Most of the comets that are observed in the Solar System are originating in the Kuiper Belt and the Oort Cloud.

More than that, the interior composition of comets hasn’t really changed too much since the formation of our Solar System and this is important to note as well.

Studying their interiors can tell experts a lot about the processes that have occurred when they were born in protoplanetary disks.

Universe Today revealed that when experts observed 2I/Borisov, “the team detected two types of gas molecules being ejected from the comet: hydrogen cyanide (CHN) and carbon monoxide (CO). The study that describes these findings recently appeared in the journal Nature.”

The conclusion was that the comet must have formed from a material that was really rich in CO ice. This is present only at the lowest temperatures that are found in space (below -250 degrees Celsius or -420 Fahrenheit).