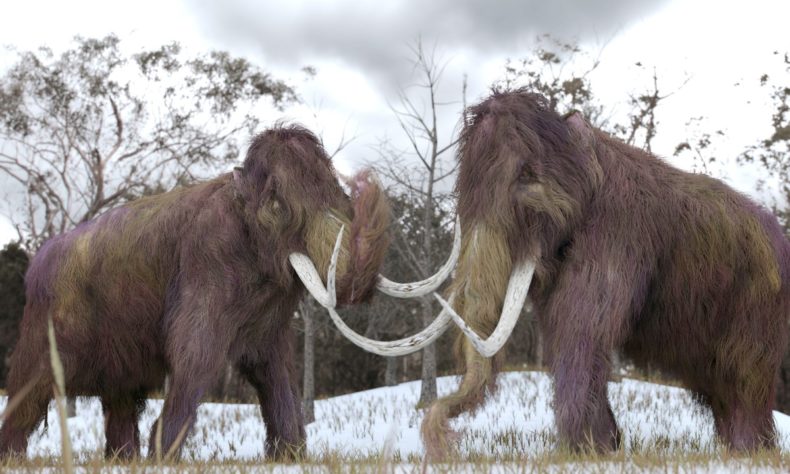 Recently, a team of archaeologists has confirmed the finding of a massive Ice Age bone dwelling of the remains of at least 60 mammoths. The discovery was made at the Kostenki-Borshevo archaeological complex.

The region is considered one of the most significant Upper Paleolithic site-complexes of Europe. Early excavations dating 40 years ago didn’t unveil too much. The new finding, however, sheds light on how those houses were made.

The massive circular structure has up to 12.5 meters and was built approximately 25,000 years ago during the end of the last known Ice Age period. Back then, the communities gathered more hunters who used to move a lot. It represents one of the most ancient known mammoth bone structures, compared to other formations from 22,000 years ago.

More than 50 lower jaws and 65 individual mammoths skulls were chosen to build up the walls of a 30ft by 30ft structure and dispersed across its interior. Small numbers of horse, red fox, and arctic fox, bear, and wolf fossils were also discovered. Dr. Alexander Pryor is part of the team, and he released a statement about the incredible finding.

He said: “Mammoth bones are very heavy, and building the circular structure represents a huge investment of time and energy by the humans that built this.”

More About the Recent Discovery of Ice Age Mammoth Fossils

Previous findings, however, made archaeologists assume that the circular mammoth bone formations were utilized as dwellings for a couple of months at that time. But the new research indicates this might not always have been the situation.

The depth of activity at Kostenki 11 seems less than would be foreseen from a long term base campsite. The discovery is significant because it shows how our human ancestors accommodated to bear the severe environmental conditions of the last Ice Age.