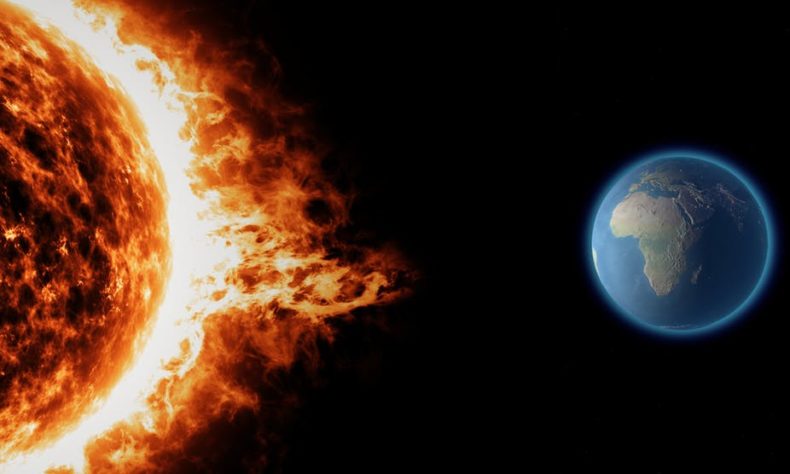 Several space weather forecasts have mentioned that a powerful solar storm could strike our planet on March 19. Intense auroras will be visible in the northern hemisphere, offering a spectacular show for some people.

The stream of particle has escaped through a hole that is present on the solar surface. While the threat might be severe, some researchers have already stated that this is a minor stream of solar winds, and there will be no consequences besides auroras near the Arctic Circle.

Auroras appear when the magnetic shield which surrounds Earth comes into contact with solar winds, leading to a display of lights as charged particles interact.

The threatening effects of a massive solar storm

Other researchers have noted that the impact of a solar storm can take place on a large scale. The increased particle activity that is influenced by the solar winds can boost the temperature in the upper layers of the atmosphere, favoring an expansion. The phenomena can also affect satellites and the distribution satellite, radio, and GPS signals across the planet.

A surge of particles can also increase the intensity of the currents present within the magnetosphere, leading to more electricity in the power lines. In this case, power stations and electrical transformers could be overloaded, causing a massive blackout that will be hard to fix.

Such a powerful solar storm has taken place in the past, with the prime example being the Carrington Even, which was observed in 1859. The solar storm was so powerful that telegraph systems were compromised across the entire European continent.

Recent research infers that a solar storm of this type should take place once every 25 years, and there has been a lot of luck until now. While super-storms tend to take place quite rarely, their destructive potential should not be ignored. Should one destroy merely half of all active satellites, it will hinder a lot of essential utilities until new ones are launched.