You Are Here Home News New Arctic Sea Ice Record: What Should We Expect 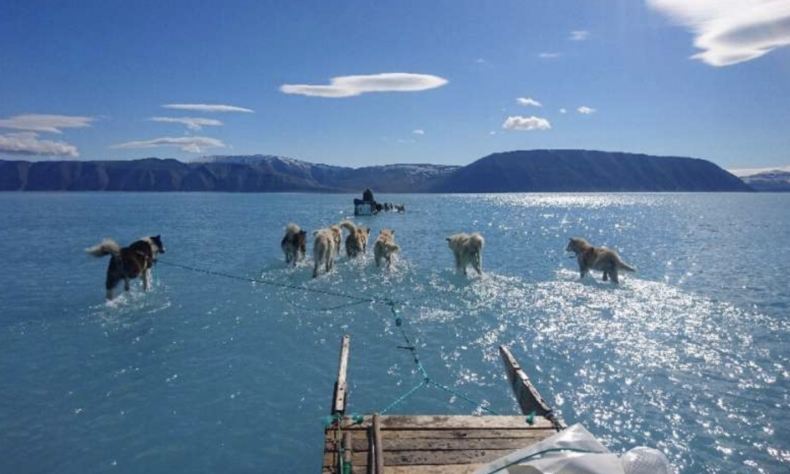 The Arctic region is suffering, now more than ever. The sea ice hit a very low record this October, as unusually warm waters slowed the ice’s recovery.

A Danish Institute published the new report and highlighted future issues. Diminishing sea ice is actually a harsh reminder about how the Arctic is hit incredibly hard by global warming.

For three decades, warming has been twice as fast in the Arctic region. Researchers name this phenomenon “the Arctic amplification,” which causes ice, air, and water to interact in a reinforcing manner.

Rasmus Tonboe, a scientist at the DMI (Danish Meteorological Institute), released a statement. He said:

“The October Arctic sea ice extent is going to be the lowest on record, and the sea ice growth rate is slower than normal.”

According to preliminary satellite data utilized by the DMI, on October 27, the sea ice surface area was at 6.5 million square kilometers. Each year, some of the ice made in the Arctic waters melts in the summer.

For October, measurements point to an 8.2 % downward trend in ice over the last decade. In September, the second-lowest extent of sea ice occurred.

Researchers discovered that the ice typically hits a low point of around five million square kilometers. Warmer temperatures are now reducing both the winter and summer extent of the ice.

The satellite data has been collected to track the ice accurately since 1979.

Water temperatures in the Arctic eastern region, north of Siberia, hit two to four degrees warmer than usual, while in the Baffin Bay, one to two degrees warmer. According to the DMI, the phenomenon followed a trend recorded in recent years, similar to a cycle.

More research is needed to figure everything out.