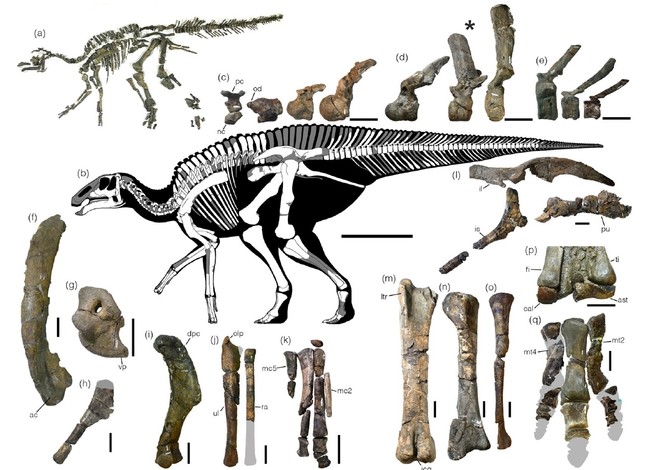 Dinosaurs have always fascinated both scientists and other people. The giant reptiles roamed on Earth hundreds of millions of years ago until a massive asteroid hit Earth about 65 million years ago, causing the last known mass extinction.

Over time, worldwide scientists discovered many new dinosaurs species around the Earth. Now, the Japanese scientists from Hokkaido University joined the group with their recent finding of a large dinosaur species that they named Hydrosuarid. The new dinosaur species lived on our planet in the late Cretaceous period, and it was a herbivorous reptile.

Back in 2013, Japanese researchers from Hokkaido University found a tail of a dinosaur in northern Japan. After more in-depth excavations, they unearthed the entire fossilized skeleton of the ancient reptile. According to the researchers, the fossils belonged to a nine-year-old adult dinosaur of about 26-ft tall and between 4 tonnes and 5.3 tonnes in weight.

The results of the study issued in the journal Scientific Reports and the scientists also noted that the weight of the specimens of this new dinosaur species liked living on the beaches of northern Japan. That was a rare habitat for dinosaurs.

The scientists reported that the Hydrosaurid loved building habitats in coastal areas across Japan and other East Asia regions, as well. Yositsugu Kobayashi, the leading author of the study, said that different species of Hydrosaurid might have roamed in coastal Asia around 70 million years ago. Besides, the fossils unearthed by Japanese researchers can also give us more clues on the atmospheric conditions during the late Cretaceous period.