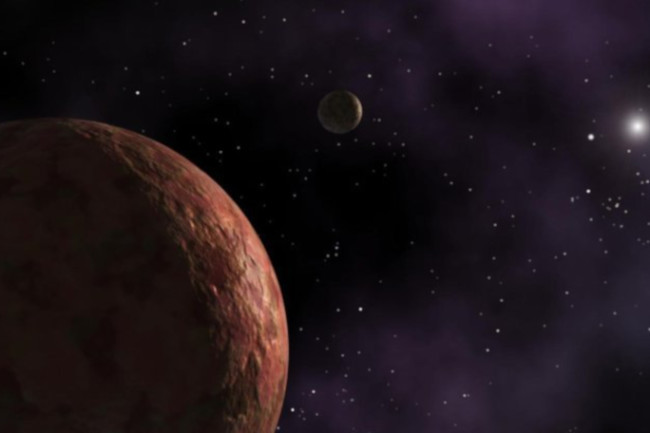 Astronomers theorize that a mysterious Planet Nine could be lurking at the edges of our Solar System, and while these are just hypotheses, new research seems to deprecate its existence.

The study led by researchers at the University of Pennsylvania goes straight into the core of the clues that made some scientists believe that a planet was there. Starting with 2014, astronomers have been implying numerous explanations for the pattern of so-called ‘trans-Neptunian objects’ (eTNOs) that are located further from the Sun than Neptune.

These cosmic bodies on the outskirts of the Solar System were earlier found to be grouped together, traveling in an elongated orbit, according to a report in New Scientist. One reason for that could be that they were drawn by the gravity of a massive planet that is about five or ten times the size of Earth.

The new study suggests, though, that there may not be any aggregation of trans-Neptunian objects at all. Researchers utilized data from the Dark Energy Survey, led at a Chilean observatory.

Astronomer Pedro Bernardinelli from the University of Pennsylvania, also the lead author of the paper, believes that the data collected by the researchers at the observatory doesn’t portend well for Planet Nine’s probability.

“We would not have formulated the Planet Nine idea if our data was the only data that existed,” said Bernardinelli to New Scientist.

The researcher’s earlier 2020 study, also employing data from the Dark Energy Survey, discovered 316 trans-Neptunian objects, including 139 minor planets in the space beyond Neptune. This work eventually appears to show that the particular region is occupied by lots of small cosmic bodies that are randomly distributed rather than clustered.

Although the researchers write that their analysis doesn’t need a Planet Nine theory, they also admit that ‘the limited sky coverage and object count mean, however, that the DES data by no means falsify this hypothesis.’