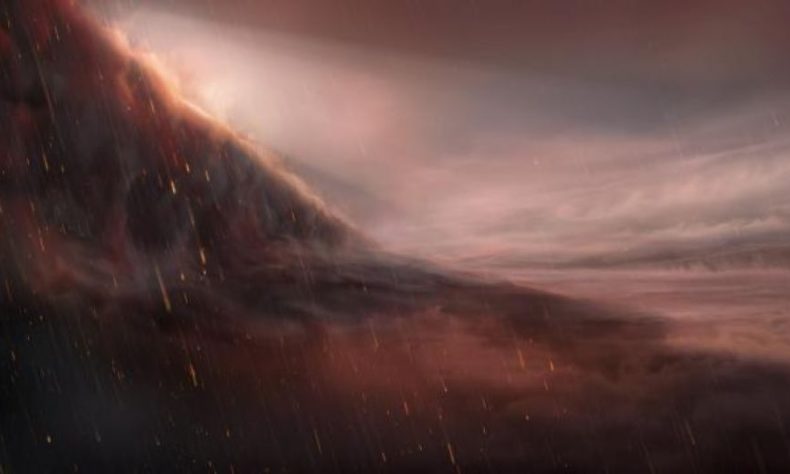 Humanity can consider itself very proud of witnessing the discovery of so many planets from other solar systems (aka exoplanets) where conditions are beyond imagination. Not many years ago, astronomers weren’t even sure about the existence of exoplanets, but now there are over 4,000 such cosmic objects known by humanity.

But how many of us would have thought that there are planets out there where it rains with iron? As Science Fiction as it sounds, it’s nothing more than pure reality.

The planet WASP-76b was discovered using ESO’s Very Large Telescope (VLT), and it’s located 640 light-years away in the constellation Pisces. You can guess that if there are any creatures living on this planet, raining for them is a pretty terrifying thing to cope with, unlike we humans perceive raining on Earth. Iron is the most stable element from the Universe.

María Rosa Zapatero Osorio, an astrophysicist at the Centre for Astrobiology in Madrid, explains to us more clearly how the odd phenomenon is happening on WASP-76b:

“The observations show that iron vapour is abundant in the atmosphere of the hot day side of WASP-76b,

A fraction of this iron is injected into the night side owing to the planet’s rotation and atmospheric winds. There, the iron encounters much cooler environments, condenses and rains down.”

High temperatures on the surface

The WASP-76b exoplanet is not peculiar only for the iron raining. It has temperatures on its surface that are around 2,500 degrees Celsius. This makes it highly unlikely to host any life forms. Furthermore, the planet doesn’t rotate as Earth does to form daylight and night. WASP-76b has a part where it’s daylight forever, and another one where it exists only night.

If by any chance you were planning a vacation on the WASp-76b exoplanet, you should cancel it ASAP because it’s a very dangerous place.