You Are Here Home News Orionids Meteor Shower Is Coming – Are You Prepared? 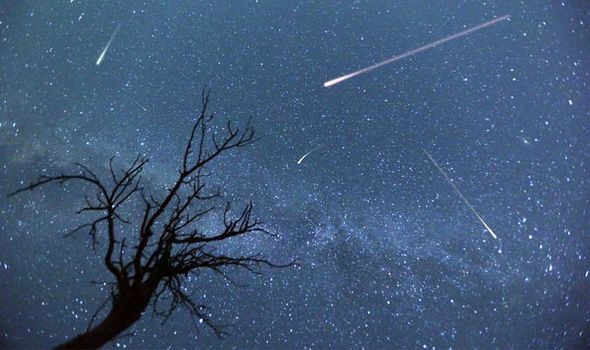 When we think about rocks from outer space, the first thought that comes to mind is an unpleasant one. Such objects are approaching at staggering speeds, and if they are big enough, they will cause some severe damage when they hit Earth. But luckily for us, most of the rocks entering our atmosphere get destroyed until they can hit the surface.

October will witness a spectacular astronomic event: the Orionids meteor shower that will be visible for the naked eye. Thank goodness the event poses no threat to our planet.

The skies will light up around dawn, due to the meteor shower created by Halley’s Comet, one of the most well-known comets. This year the meteors will be visible in the early hours of Tuesday, October 22. Be sure to get a glimpse of them, since they’re flying at outstanding speeds: 41 miles per second.

If you want to increase your chances of seeing the meteors, the ideal time is around 2am on Tuesday morning, when the showers will be at their brightest and therefore, most visible.

According to the Royal Observatory Greenwich in London, there will also be increased meteor activity between October 16 and October 27.

The Observatory stated: “The Orionid meteor shower is one of the best known and most reliable meteor showers in the annual calendar, visible from across the globe.

“Some people view the shower as extra special as the meteors are actually pieces of Comet 1P/Halley, famously known as Halley’s comet.

“The famous comet swings by the earth only once every 75 to 76 years but this annual shower provides some compensation for those who may miss that once in a lifetime event.”

The Orionids will outbreak from a point near the constellation Orion the Hunter. Once they arrive, they will begin shooting in all directions. Therefore, you shouldn’t worry about first locating Orion.