The global casualties from the novel coronavirus surpassed 3,000 on Monday after South Korea announced it has approximately 500 new cases of the infection, and another person died in the United States.

More than 88,000 people have been contaminated with COVID-19, and over 60 countries have announced coronavirus cases after it first appeared in Wuhan, China, late in December of 2019. Indonesia, which has stated it had no COVID-19 cases, reported its first two cases on Monday.

After more than two months after the emerging of the virus, most cases and deaths have happened in China, whose health department reported 202 new infections on Monday, as well as 42 more deaths. Hubei province, where the epidemic started, registered 196 of the 202 new cases and the new deaths.

The death toll in China reached 2,912, but it has approached other countries as well. So far, Iran announced 66 deaths from coronavirus, which is the highest number outside China, amid 1,501 cases. Australia had also reported its first COVID-19 death a couple of days ago.

The contaminated number of people has almost doubled in Italy, which announced almost 1,700 cases. Portugal, Iceland, and Andorra have all confirmed their first cases, while the number of infected people in Germany got to 150. The United States has confirmed 76 coronavirus cases so far, with two deaths, both in Washington state.

South Korea, which has reported the highest number of cases outside China, announced that 599 more people were infected, bringing its total cases to 4,335, and the death toll to 26.

The number of contaminated people in South Korea is expected to rise as over 260,000 people linked with a religious sect are currently being tested. More than half of the infections in the country have been associated with the Shincheonji Church of Jesus in the city of Daegu.

Its founder Lee Man-hee apologized in a news conference outside a church facility in Gapyeong. He said: “We did our best but were not able to stop the spread of the virus. I’m really grateful, but at the same time, asking for forgiveness. I never thought this would happen, even in my dreams,” he told reporters, bowing low twice in a traditional sign of humility and regret.”

In Iran, a member of a council that advises the president died on Monday after contaminating the pathogen, becoming the first top official to give in to the infection. Expediency Council member Mohammad Mirmohammadi died at a north Tehran hospital at the age of 71.

Specialists are concerned about Iran’s percentage of death to the coronavirus, which is about 5.5 percent more than other countries, implying that the number of cases is much higher than it was reported. Iran has also held an online briefing with its foreign department in an attempt to halt the outbreak of the novel coronavirus. China has also held similar teleconference briefings.

People are concerned over a possible COVID-19 pandemic, and this has cleaned more than $5 trillion from global share values last week only, as stocks registered their greatest decline in over a decade. 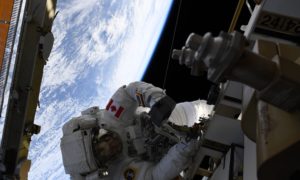