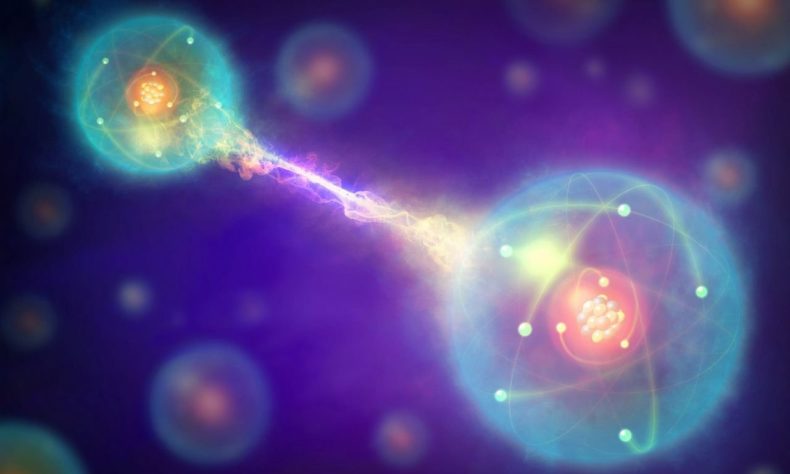 We already know that the realm of quantum physics is science operating at a really small scale, but on the other hand, watching quantum interactions happen is always exciting.

Now, it’s been revealed that experts managed to observe billions and billions of entangled electrons passing through a metal film, according to the latest reports coming from ScienceAlert.

According to the online publication, the film is a mix of ytterbium, rhodium, and silicon, and is what’s known as a ‘strange metal’ – this is one that doesn’t act as expected at very low temperatures.

“With strange metals, there is an unusual connection between electrical resistance and temperature,” according to physicist Silke Bühler-Paschen from Vienna University of Technology in Austria.

The expert continued and explained that “In contrast to simple metals such as copper or gold, this does not seem to be due to the thermal movement of the atoms, but to quantum fluctuations at the absolute zero temperature.”

It’s been also revealed that the fluctuations represent a quantum criticality – this is the point between quantum states, which are the equivalent of transition between liquids, solids, and gases, which we learned about in classical physics.

Evidence of a link between quantum criticality and entanglement

According to the team of experts, it seems that the cascade of electrons is the very best evidence of a link between quantum criticality and entanglement.

“When we think about quantum entanglement, we think about small things,” according to physicist Qimiao Si, from Rice University. “We don’t associate it with macroscopic objects.”

The expert also said that “at a quantum critical point, things are so collective that we have this chance to see the effects of entanglement, even in a metallic film that contains billions of billions of quantum mechanical objects.”

Science Alert explains that these experiments have been extremely challenging from various points of view and on many levels.

We recommend that you head over to the original article in order to learn more details.

New Arctic Sea Ice Record: What Should We Expect

Strange Activity Spotted on a Centaur: What Should You Know

Antarctic Fossil Might Belong To The Largest Flying Bird Ever, Study Says