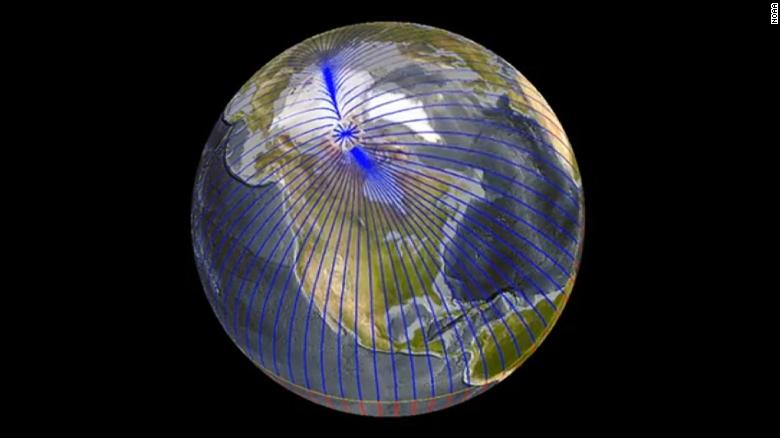 You’re probably aware of the fact that unlike the earth’s geographical poles, the planet’s magnetic poles are actively moving, and something has been happening that baffled experts.

The north magnetic pole has been moving slowly across the Canadian Arctic towards Russia since 1831. But it seems that the swift pace towards Siberia at a rate of about 34 miles per year has forced scientists to update the World Magnetic Model a year ahead of schedule.

The World Magnetic Model 2020 reportedly forecasts that the pole will be continuing on its path to Russia. It’s been also revealed that now the speed is decreasing to about 24.8 miles per year.

Since the discovery in 1831, the pole has reportedly traveled 1,400 miles.

The website also mentions the fact that the last reversal took place 770,000 years ago.

Now, it’s been revealed in a brand new study that experts discovered the fact that the last field reversal took about 22k years to complete, which is longer than initially anticipated, according to experts.

There are some scientists who believe that such reversals could happen over someone’s lifetime, findings do not support this claim at all.

Researchers have been able to study the reversal by studying a global survey of ocean sediments, lava flows, and Antarctic ice cores.

CNN cites Brad Singer, study author and University of Wisconsin-Madison geologist: “Reversals are generated in the deepest parts of the Earth’s interior, but the effects manifest themselves all the way through the Earth and especially at the Earth’s surface and in the atmosphere,” he reportedly said.

He continued and explained, “Unless you have a complete, accurate, and high-resolution record of what a field reversal really is like at the surface of the Earth, it’s difficult even to discuss what the mechanics of generating a reversal are.”