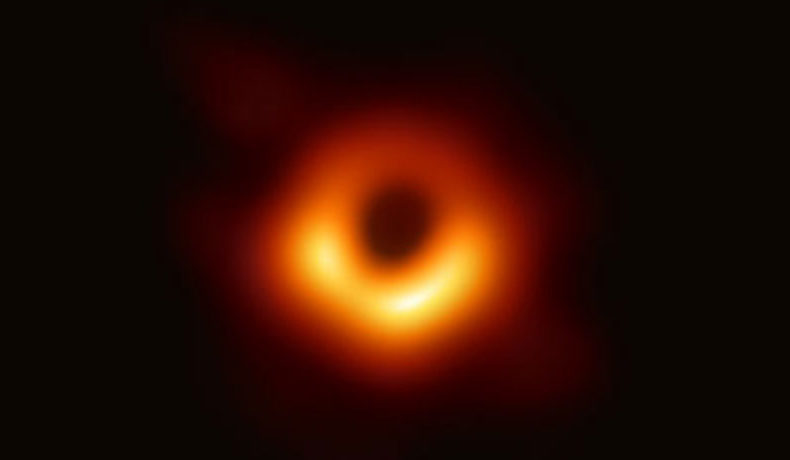 Last year, astronomers managed to spot an actual image of the shadow of a black hole. It was an absolute wonder, and after years of work, a remarkable achievement. The discovery, like the best scientific breakthroughs, opened a new world of inquiry.

Following the finding, a team of researchers led by astrophysicist Hector Olivares from Radboud University in the Netherlands and Goethe University in Germany wondered how exactly we know that M87* is actually a black hole.

“While the image is consistent with our expectations on what a black hole would look like, it is important to be sure that what we are seeing is really what we think,” Olivares said. “Similarly to black holes, boson stars are predicted by general relativity and are able to grow to millions of solar masses and reach a very high compactness. The fact that they share these features with supermassive black holes led some authors to propose that some of the supermassive compact objects located at the center of galaxies could actually be boson stars.”

Why a Boson Star?

So, in a new study, Olivares and his colleagues have measured what a boson star might look like to one of the ground telescopes, and how that would vary from a direct image on an accreting black hole.

Boson stars are among the most powerful theoretical cosmic bodies out there. They aren’t similar to regular stars, except that they are a glob of matter. But while stars are mainly made of particles known as fermions – protons, neutrons, electrons, the elements that form more powerful parts of our Universe – boson stars would be made up entirely of bosons. These particles, along with photons, gluons, and the Higgs boson, do not follow the same physical rules as fermions.

Fermions are subject to the Pauli exclusion principle, meaning you cannot have two identical particles taking the same space. Bosons, though, can be superimposed – when they join, they act like one big particle or matter wave, producing what is known as a Bose-Einstein condensate.

In the case of boson stars, the particles can be compressed into a space, which can be detailed with distinct values or points on a scale. Considering the right type of bosons in the right settings, this ‘scalar field’ could end up in a relatively stable arrangement. At least, that is the theory.

If astronomers could detect a boson star, they would have effectively located this subtle particle.

“In order to form a structure as large as the SMBH candidates, the mass of the boson needs to be extremely small (less than 10-17 electronvolts),” Olivares explained. “Spin-0 bosons with similar or smaller masses appear in several cosmological models and string theories and have been proposed as dark matter candidates under different names (scalar field dark matter, ultra-light axions, fuzzy dark matter, quantum wave dark matter). Such hypothetical particles would be extremely difficult to detect, but the observation of an object looking like a boson star would point to their existence.”

Some boson stars may be surrounded by an orbiting ring of plasma, similar to an accretion disk that goes around a black hole. So, Olivares and his team carried out simulations of the dynamics of these plasma rings and compared them to what we might expect to observe of a black hole.

“The plasma configuration that we use is not set up ‘by hand’ (under reasonable assumptions) but results from a simulation of plasma dynamics. This allows the plasma to evolve in time and to form structures as it would in nature,” Olivares explained.

He added: “In this way, we could relate the size of the dark region in the boson star images (which mimics a black hole shadow) to the radius where a plasma instability stops operating. In turn, this means that the size of the dark region is not arbitrary – it will depend on the properties of the boson star space-time – and also allows us to predict its size for other boson stars that we have not simulated.”

The team discovered that the boson star’s shadow would be a lot smaller than the shadow of a black hole of similar mass. Therefore, M87* could be excluded as a boson star – at least by the modeling performed by the team.

“The mass of [M87*] inferred from stellar dynamics is consistent with the expectations on the size of its shadow for the case of a black hole, so the dark region is too big to correspond to a non-rotating boson star similar to those we studied,” Olivares said.

The team of researchers also analyzed the technical abilities and restrictions of the Event Horizon Telescope (EHT), which came up with that first image of a black hole, and intentionally set about visualizing their outcome as they believed boson stars might look as captured by the EHT.

This means their results can be compared to future EHT observations to find out whether what we’re looking at is actually a supermassive black hole or another object.

“The growth of supermassive black holes is still not understood very well, and if it turns out that at least some of the candidates are actually boson stars, we would need to think of different formation mechanisms involving scalar fields,” Olivares said.

The research was published in the journal Monthly Notices of the Royal Astronomical Society.