You Are Here Home News SpaceX Crew Dragon Parachute Test Completed, The May 27th Liftoff Still In The Cards 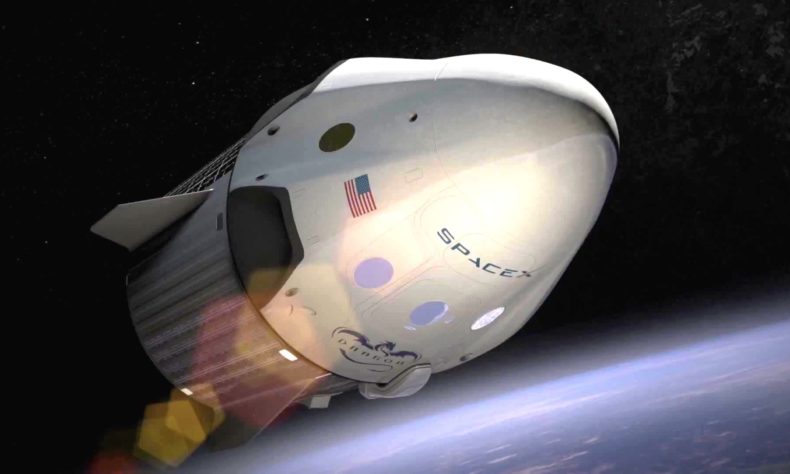 SpaceX Crew Dragon Demo-2 will be the first crewed test flight spacecraft launched from the US since the final Space Shuttle mission, in 2011. It is scheduled to launch on May 27th, 2020, at 20:32 UTC.

After a year full of surprises form both companies involved in the manned mission race, NASA finally sees consistent and continuous good results form one of them. Boeing’s Starliner has proved to be quite the disappointment in the past year, while SpaceX’ Crew Dragon managed to keep a promising balance.

The Crew Dragon flew an uncrewed capsule on the ISS a year ago. Since then, it has been a lot of other useful things that make the plan to fly American astronauts with an American spacecraft from American soil look promising.

This has been a dream that the American national pride had to see come true. It’s been nine years since the Americans last did so. Although the US has had a constant presence on the ISS, the astronomers weren’t taken there with American spacecraft.

The last test taken on May 1st by SpaceX was a success. Elon Musk’s company tested the parachute system Mark 3 that would secure the safe crew landing. Astronauts Bob Behnken and Doug Hurley can breathe a sigh of relief. They are the astronauts chosen to fly on May 27th to the ISS aboard SpaceX’s Crew Dragon capsule, so this test was of significant importance for their serenity.

“27th and final test of Crew Dragon’s upgraded Mark 3 parachutes complete — one step closer to flying NASA astronauts Astro Behnken and Astro Doug to the space station and safely returning them back home to Earth,” SpaceX said via its official Twitter account.

Although SpaceX encountered a problem during their last Starlink satellite launch, they say they have it under control. The issue involved an engine failure in one of the nine Merlin engines of a SpaceX Falcon 9 rocket. It wasn’t an event of proportions. The mission wasn’t affected in any way, and the 60 satellites were safely deployed in Earth’s low orbit to increase the light pollution to some astronomer’s unhappiness.

“We have reviewed the anomaly resolution of the Starlink launch and actually have cleared the engines on our vehicle for that failure. So, that actually is behind us right now,” said Kathy Lueders, manager of NASA’s Commercial Crew Program, said during a news conference today.