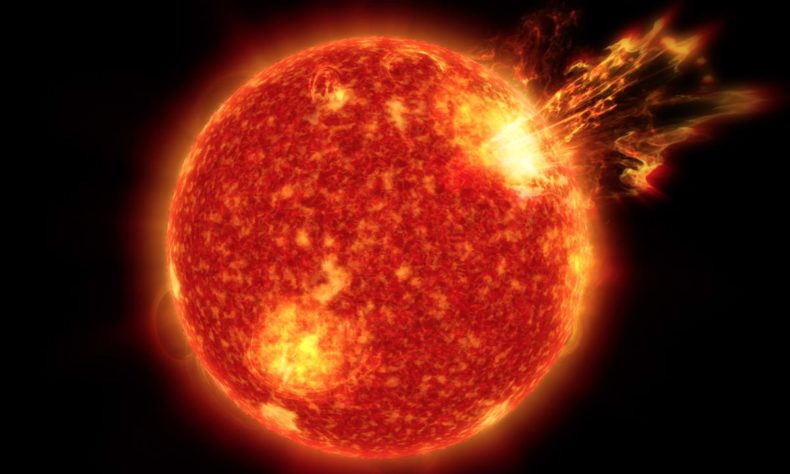 Our sun remains one of the fascinating objects within the solar system. Some observers may believe that it is pretty peaceful since a quick glimpse from the surface will reveal nothing more than a luminous yellow disk. This is not the case as the star features a high level of activity with solar storms and significant amounts of radiation and plasma being continuously released.

In the present, humanity enjoys a lot of benefits from the advancement of the digital age. Still, many of the electronic devices spread across the world are quite sensible when high amounts of solar radiation are involved.

The appearance of solar storms is a significant threat to many of the major networks since they can cause a lot of damage at a fast pace. Billions of euros in cost could be caused by the destruction of European satellites, according to the European Space Agency.

The ESA works on a mission to study solar storm

Several steps can be taken to avoid dire consequences if a storm strikes Earth, but the best measures can be made if we can anticipate the storm before it takes place. To achieve this goal, we have to supervise the sun, but the magnetic shield of the planet hinders this process since it rejects X-rays, gamma rays, and high-intensity UV rays that are generated by the sun.

Ground-based information can provide a sufficient amount of relevant data, but it is not enough to offer the ability to forecast the severe space weather events. Satellites found within the magnetosphere of Earth provide measurements, but they are situ ones and can’t be used to anticipate events.

To tackle the challenge, the ESA is working on a new mission that will provide relevant data by sending spacecraft away from the magnetosphere of Earth. They will be positioned at the Lagrangian points, where the gravity exerted by the Sun and Earth is balanced. More data about the mission will be shared in the future.