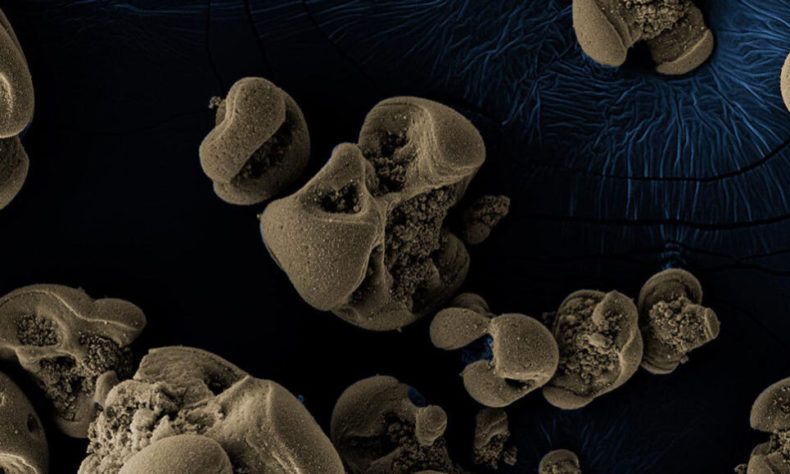 The microscopic world is a true nursery where things can go weirder beyond belief. It happened so many times for scientists, and we don’t have any reason to believe that things will change soon. Nature seems to have endless possibilities, not only when it comes to the ‘big stuff’.

A team of researchers witnessed for the first time the first bacteria that’s using metal manganese for growing. The newly identified species was dubbed as ‘Candidatus Manganitrophus noduliformans’ and Ramlibacter lithotrophicus.

It all began with a glass jar

Jared Leadbetter, who is an environmental microbiologist at Caltech, had been using a jar for working with a pink compound named as manganese carbonate. He filled the jar with tap water and left it to soak. At his return, the scientist saw the contents of the jar transformed into a dark, crusty material.

Amy Pruden, who is an environmental scientist at Virginia Tech in Blacksburg, declared the following:

“Now that we have an idea of who the manganese oxidizers are, we can start looking for them in drinking water systems and maybe we can find better controls.”

But the scientific journey is far from over. Leadbetter believes that similar bacteria can also be responsible for balls of manganese oxide the size of grapefruits and located on the ocean floor. Further explorations are needed to get rid of all doubts.

The new findings were reported in Nature.