You Are Here Home News The Importance of Dust to Ancient Human Civilization: an Incredible Discovery 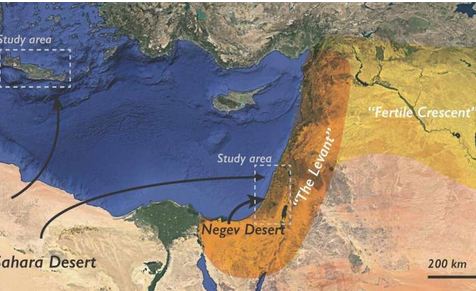 When the ancient humans started to travel out of Africa to Eurasia more than a hundred thousand years ago, a fertile area close to the eastern Mediterranean Sea known as the Levant represented a crucial gateway between Northern Africa and Eurasia.

A recent study unveils that the existence of that oasis depended almost entirely on something unexpected: dust. Here is what you need to know.

A team of researchers led by Dr. Rivka Amit, at the Geological Survey of Israel, began their study with a simple question: Why are some soils around the Mediterranean so thin and some thick?

Their study not only discover that the dust deposition was significant in creating thick soils in the Levant. It also showed that the source of dust not changed 200,000 years ago.

Dr. Amit and her team needed to trace the dust back to its origin to assess the influence of dust on Mediterranean soils. They gathered dust samples from soils in the region and far-flung dust sources and compared the samples’ grain size distribution. What they found is truly incredible.

The team found a significant difference between areas with thick and thin soils. The thick soils comprised coarser dust known as loess, sourced from the nearby Negev desert, and its giant dune fields. On the other hand, the thin soils comprised only the finest grain sizes from distant deserts like the Sahara.

Furthermore, the thick soils in the eastern Mediterranean emerged 200,000 years ago when glaciers covered vast land swaths, scraping up bedrock and producing an abundance of fine-grained sediments.

Dr. Amit stated: “What was [deposited] before the loess was very thin soils; […] now, we’re only reworking the old loess.”

The team also found how the thickest solid had a significant flux of coarse dust, leading to the region’s designation as the “land of milk and honey,” for its well-known agricultural productivity. Researchers wonder now if it had always been like this. 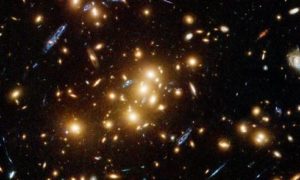