The ultimate novelty released by the researchers from the Imperial College London is ground-shaking for the drug-resistant bacteria.

Small non-invasive patches adhere to the skin to measure accurately how much antibiotic the body absorbs. The sensor has the role of giving real-time information to the doctors and can weaken the resistance to antibiotics, by supplementing with no extra amounts of antibiotics if it is not needed.

The device was made to fasten the recovery of patients, by putting together needles that are thinner than the human hair, capable of testing the blood in no time and with no additional efforts from the medical staff. It provides a continuous reading of the antibiotic levels in the blood, and it can get rid of the superbugs later on after implementation. Furthermore, it screens how a patient reacts to certain medications giving an improved approach in medical care units. The little device proved to work with high accuracy, but its developers stated that it is not ready to be introduced in hospitals and it requires more tests of safety.

The previous methods, used to measure the blood antibiotic levels, required more time and preparation than this patch. The tiny needles can easily fit in-between skin cells on the site of infection with no pain and evaluates the body fluids 200 times per second. The sensor can detect even the slightest change in the body fluids, and the data is delivered to clinicians in order to provide a better treatment if needed.

Currently, the sensor has been used for penicillin, but with little adjustments, it can respond to other drugs as well.

A small scale medical confirmed the device is a dazzling innovation at an almost ‘gold standard’. Scientists hope that in future the sensor will be attached to accessible medical wearables and health trackers.

The Coronavirus Is Airborne! A Serious Threat 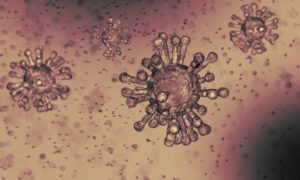 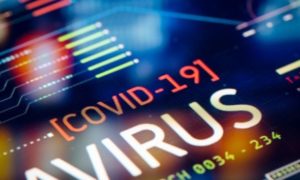