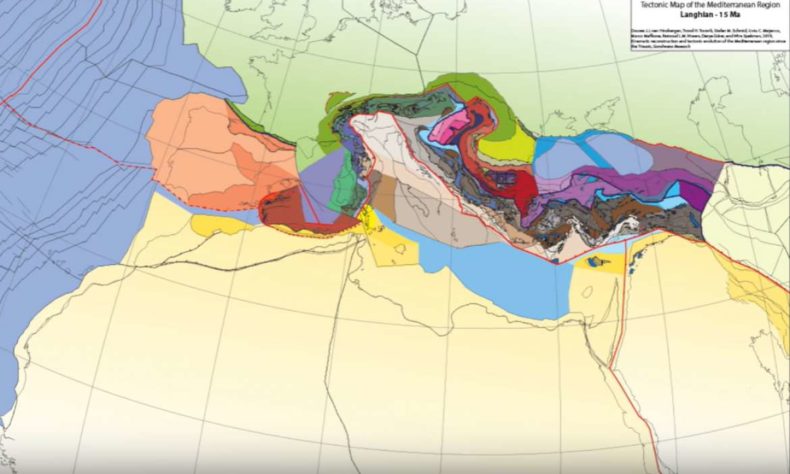 Likely, you haven’t heard about Greater Adria. The small lost continent was on par with Greenland when it comes to size, and it was located in southern Europe. A team of researchers has managed to uncover traces of its existence, suggesting that the landmass split from what is known in the present as North Africa, France, and Spain.

The shifting tectonic plates exerted enough force to pull the continent down into the subduction zones, and it disappeared from the face of the Earth. The intense heat of the mantle melted a large part of it, but a few pieces continue to remain visible even today.

The geologic traces of the lost continent are spread across approximately 30 countries, rendering mapping a very complicated task. Decades of research focused on technological, geophysical, and geological data which were used as a springboard for the latest discoveries.

During the research, the scientists strived to reconstruct the geologic history of the Mediterranean region. The extensive mapping project focused on the evolution of seas and mountains in the area over 240 million years.

Samples from over 2,300 paleomagnetic sites were recovered and analyzed by the researchers. With the help of a bleeding-edge plate, tectonic reconstruction software and data about the fault lines and magnetic activity the scientists delved into the past of the region and found the traces of Greater Adria, which left the supercontinent known as Gondwana. It is thought that most of the surface of Greater Adria was covered in water, and shallow tropical seas offered to the house for coral reefs.