You Are Here Home News Ultra Hot Neptune Intrigues Astronomers: Why is So Special? 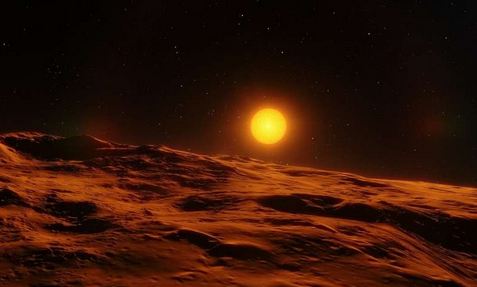 The first Ultra Hot Neptune planet orbiting a nearby star has been discovered. The planet orbits its star closely, and a year there is only 19 hours. The stellar radiation heats the planet to more than 1700 degrees Celsius.

The system is quite intriguing. It is approximately half the age of the Sun, only 2 billion years old. Its star, dubbed LTT 9779, is a Sun-like star at a length of 260 light-years. It is also super metal-rich, twice the amount of iron in its atmosphere than the Sun. Here is what you need to know.

The first evidence of the planet’s existence was obtained using NASA’s TESS (the Transiting Exoplanet Survey Satellite). The transit signal was confirmed in 2018 as originating from a planetary-mass body, using observations done with the HARPS (the High Accuracy Radial velocity Planet Searcher) device. HARPS utilizes the Doppler Wobble technique to measure the planet masses and orbital features like period.

In the case of LTT 9779b, astronomers confirmed the planet’s reality after one week of observations. The space body itself is a rare beast, existing in a sparsely populated area of the planetary parameter space.

Professor James Jenkins from the Universidad de Chile detailed: “[…] these planets get stripped of their atmospheres over cosmic time, ending up as so-called Ultra Short Period planets.”

Since the planet seems to possess a significant atmosphere, and that it orbits a relatively bright star, more research is needed to unlock some of the mysteries related to how such planets evolve. Astronomers believe that this “improbable planet” isn’t that rare, and they can find a way to study its nature in detail.

They also need to extract every ounce of knowledge, observe it with both ground-based and space-based instruments over the coming years. The case of Ultra Hot Neptune is surely the best so far!