Yellowstone volcano was shaken by 82 earthquakes in August, as well as by a swarm of 12 tremors. ​Could this activity be a signal of a decocting eruption?

The U.S. Geological Survey (USGS), which observes Yellowstone volcano​ for signs of activity, has released its monthly activity report for August. Between August 1st and September 1st of this year, a total of 82 earthquakes were registered, including five eruptions of Yellowstone’s Steamboat Geyser.

The update comes in the thick of unfounded fears and social media rumors the U.S. supervolcano is overdue an eruption.​

August Was Filled With Earthquakes in the Region

One Twitter user said: “Sometimes I remember Yellowstone may erupt at any moment, and then it takes longer to fall asleep.”

Another person said: “You’ve only got one life so, enjoy the delicious food, embrace every awesome moment, and live your life on your terms. Besides, there’s a caldera in Yellowstone National Park that’s about 40,000 years overdue to erupt, so yeah, just live it up!”

A third Twitter user said: “Oh Lord, 2020 boiling up another surprise up… Don’t forget Yellowstone I.S. a supervolcano that will one day erupt and impact the majority of the continental U.S. scientists say…”

During the month of August, the University of Utah Seismograph Stations registered 82 earthquakes in the Yellowstone National Park area in the northwest U.S. The powerful earthquake was a magnitude 2.6 occurrence just seven miles west of Old Faithful geyser, and it took place on August 20th at around 11.12 p.m. local time.

Just two days earlier, a swarm of tremors was also felt about 12 miles north-northeast of the geyser, but the strongest of these tremors was a ‘micro’ quake of magnitude 0.9.

“Earthquake sequences like these are common and account for roughly 50 percent of the total seismicity in the Yellowstone region. Yellowstone earthquake activity remains at background levels,” the USGS said.

A Yellowstone Volcano​ is Not Overdue

Throughout the month of August, Old Faithful geyser erupted for a total of five times, making this year’s total of 34 blasts, while the famous Yellowstone feature took place on August 3rd, August 9th, August 14th, August 20th, and August 26th.

Moreover, the close-by Giantess Geyser erupted on August 26th for the first time in over six years.

“August was a spectacular month for geysers in Yellowstone,” USGS said. “Geyser activity like this is common and is not a reflection of deeper volcanic processes, but it is a spectacular sight to behold.”

So, does any of this activity mean that Yellowstone is awakening from its hibernation?
According to USGS, the activity of the supervolcano is still at background levels, and there is no single piece of evidence to support arguments of an overdue eruption.

“Almost all earthquakes at Yellowstone are brittle-failure events caused when rocks break due to crustal stresses. Though we’ve been looking for years at Yellowstone, no one has yet identified ‘long-period (L.P.) events’ commonly attributed to magma movement. When they are observed, that will not mean Yellowstone is getting ready to erupt. L.P. earthquakes are observed commonly at other volcanoes in the world, including California, which have not erupted for centuries or millennia,” the agency said. 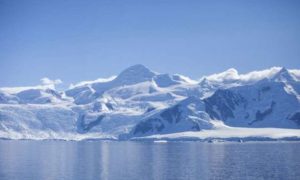