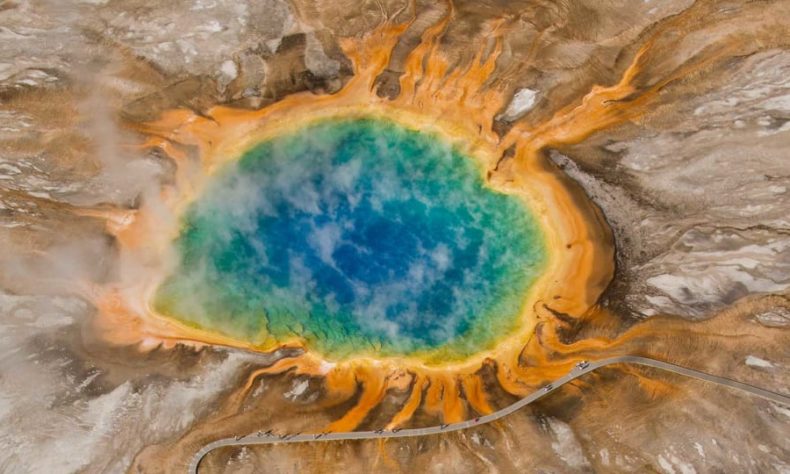 The Yellowstone Caldera has been dubbed as a supervolcano situated below the Yellowstone National Park. It expands across the stated of Montana, Wyoming, and Idaho. The supervolcano had been categorized as that due to its possible eruption that would bring so much devastation on a global range.

The Caldera developed during the last of a total of three eruptions, firstly approximately 2.1 million years ago, and most recent almost 640,000 years ago. It leads now to some claims that another eruption is “overdue.” However, until the 1960s, the USGS (US Geological Survey) was uncertain why the region was so geologically active.

Naked Science’s “Supervolcano” series unveiled how the company employed a vast mission to discover more about what is happening below the park. Also, the research was funded by many federal companies, such as NASA, or the National Park Service.

Jacob Lowenstern from the Yellowstone Volcano Observatory stated back in 2014: “When you see people claiming it’s overdue, usually the numbers they come up with sat the last eruption was 640,000 years ago, but it erupts every 600,000 years. […] it wouldn’t be overdue for another 70,000 years.”

The “Supervolcano” series showed how geologists spread seismometers across the park, and they discovered that Yellowstone averaged over 25 earthquakes/week. The results marked one of the most extremely seismic-active regions of the US. But why does such a thing happen? Scientists filled their thoughts with confusion, rather than anything else.

Bob Christiansen was chosen back then as the leader of the mission. His examinations first warned people to the dangerous thing underground and then declared with his team that the area was the site of a massive volcanic eruption.

The series described: “There was enough material to bury Texas under five feet of ash, but Bob wanted to find the smoking gun, the volcano the ash had come from.” As most volcanoes are effortlessly recognizable from their various cone pattern, Christiansen couldn’t discover any sign of a cone in Yellowstone.