You Are Here Home Science Zealandia “The Lost Continent”: Experts Mark The “Youngest, Thinnest, And Most Submerged” Continent

Back in 2017, experts made a compelling case that our planet has, in fact, eight continents if you include Zealandia as well. Just in case you never heard of this, the structure is mostly beneath the ocean.

It’s been revealed that, with the exception of  New Zealand and New Caledonia, Zealandia is mostly made of continental crust rather than the magnesium- and iron-rich ocean crust. This is the main reason for which many believe Zealandia qualifies as a continent.

Zmescience notes that in a brand new study, researchers have revealed how this long-lost undersea continent has evolved since its birth.

It’s been reported that experts found in the process of formation, they found that Zealandia’s upheaval may have been responsible for the Pacific Ring Of Fire.

Zealandia should be considered a continent, experts say

“This is not a sudden discovery, but a gradual realization,” according to 11 geologists who authored a 2017 paper published in GSA Today. These experts recommended that ‘Zealandia’ be considered a continent.

These experts claim that New Zealand and New Caledonia are not just some island chains – they claim that they are just 5% of what is visible above the surface of the ocean. They also say that the rest of the 5-million-square kilometer continent is actual;y submerged underwater.

The online publication mentioned above notes that ” That makes Zealandia about as big as greater India. It would also be the ‘youngest, thinnest, and most submerged’ of the continents,’ according to the authors of the 2017 study.”

“If we could pull the plug on the oceans, it would be clear to everybody that we have mountain chains and a big, high-standing continent,” according to Nick Mortimer, a geologist at GNS Science.

This long-lost continent story is more fascinating than meets the eye, and that’s why we recommend you check out the official study in order to learn more details. 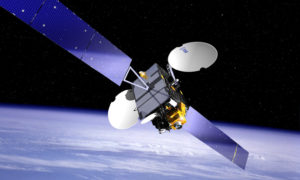